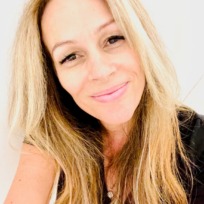 Christy is a Managing Director at Leyline Renewable Capital LLC, a provider of flexible capital solutions to accelerate the deployment of renewable energy. A relationship manager, business developer, and lawyer, Christy specializes in alternative investments, special situations, and impact investing. She began her career at Chadbourne & Parke LLP (now Norton Rose Fulbright) as a litigator. She worked as in-house counsel at Lehman Brothers for nearly a decade, working with the energy and real estate teams, among others. Following Lehman’s filing for bankruptcy protection, Christy worked for the Lehman Brothers Holdings bankruptcy estate helping to unwind Lehman’s legacy real estate assets and derivatives contracts. At Burford Capital, an alternative capital provider, she held roles managing the U.S. underwriting group and in business development. At Global Loan Agency Services (GLAS), Christy headed up sales in the U.S. and later transitioned to Deputy General Counsel for GLAS Americas. Christy loves sourcing and closing deals, making connections, and helping to advance the renewable energy sector. Christy holds degrees from Georgetown University Law Center and Brown University and is a member of the Rhode Island Chapter of Phi Beta Kappa. Christy co-Chairs the Private Equity/Hedge Fund Committee for the New York Institute of Credit. She lives in the Village with her son and “Covid puppy” Cody.

“I was drawn to the mission of Birch Family Services and its New Frontier Program, which aids adults on the autism spectrum as they age out of traditional services. As parents, we want to know that our children have a safe and secure future, even when they are grown. Adults with disabilities need safe housing and gainful employment in order to live complete and satisfying lives. I hope to help open doors.”