With Us From the Beginning: Sue Miller Shares Some Thoughts About Birch 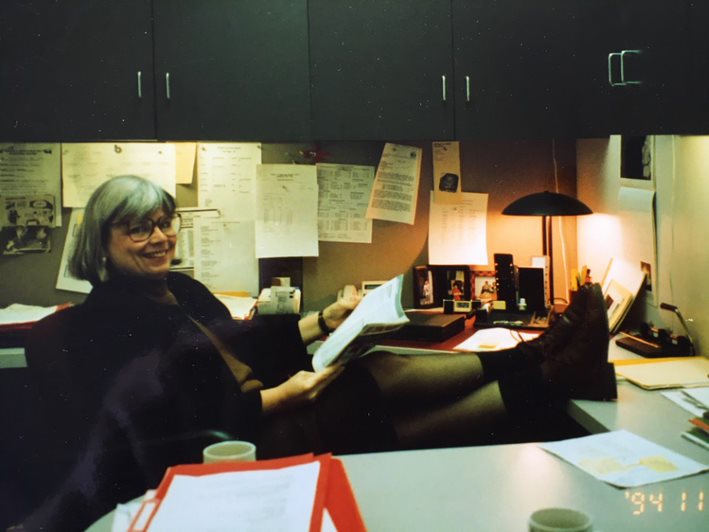 If anyone knows the story of Birch Family Services, it’s Sue Miller. Starting as a founding teacher at our first school in Queens and rising to become Director of Administration, then the agency’s Chief Operations Officer, Sue was around, until her retirement in 2014, to see the Herbert G. Birch School for Exceptional Children grow into an organization that provides education and community support services across the lifespans of the people we support each day at sites in Manhattan, Brooklyn, Queens, and the Bronx. As part of our 45th Anniversary Campaign, we sat down with Sue to discuss her career  and to describe some of the Birch programs that she feels made a difference to the lives of the people with autism and developmental disabilities and their families we support.

I began my career at Birch Family Services as one of 7 teachers in the Herbert G. Birch School for Exceptional Children in 1975, the year it was founded. It was a terrific experience. Rachel Schulman, who would become the Director of Education, was then my education supervisor, and Barbara Harmon, the senior speech and language pathologist at the time, coached me on how to facilitate language development in the classroom. Both were excellent mentors, and I had one of those “deep learning” years that are so important. 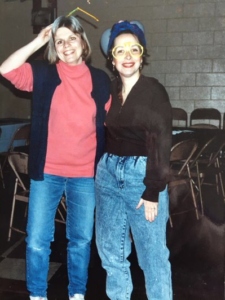 A few years later, I left to attend graduate school and do research full time, occasionally substitute teaching at Birch. I returned to the agency in 1986 as Principal of the Avenue J Early Childhood Center after the birth of my first child, before moving up to the central Administrative Office in 1988 as Director of Administration when my second child was born.

My third child has a Birch connection as well: He was the first “resident” of our Henry Marquit Children’s Center in 1989. Birch’s first children’s residence, the Children’s Center was established in response to the growing number of children with complex health needs including HIV/AIDS. Thankfully, he sero-reverted [when the result of an HIV antibody test changes from HIV negative to HIV positive] later that year and became our foster child. We adopted him several years later. 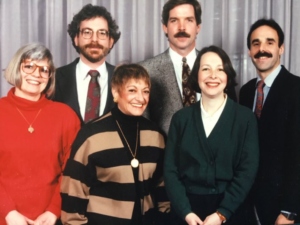 During my tenure at Birch, we implemented three underlying concepts: 1) Know as much as you can about the people you will be working with, and know the best practices for the program that will frame that work: 2) Aim for excellence in all areas, from the design of bricks-and-mortar settings to the teaching structure and language you use with participants, staff, and family; and 3) Build in consistency of approach in the actual settings for all the stakeholders, including individuals served, their families, and — not least of all — staff. 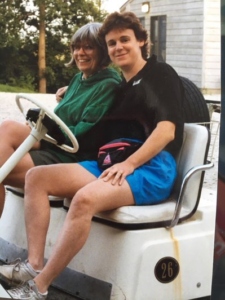 There are a number of programs and initiatives that really stand out to me. Birch Family Services had always been a leader in early childhood services for preschoolers with developmental delays and had several center-based programs throughout the city. In the ’90’s, based on a push from the New York State Department of Education as well as a Birch-initiated “best practice discussion,” we applied for and received funding to operate a Head Start program in Queens. This allowed us to open our first integrated preschool classrooms. We added integrated classes to other sites in following years, implementing Universal Pre-K and NYC Day Care to support the “typically developing” kids. This was a huge endeavor, involving not only expanding our staff’s educational skills, but understanding and finding ways to meet the different fiscal and regulatory mandates when kids funded differently are served in the same classrooms. And sometimes, when kids receive two kinds of funding!

During the HIV epidemic in the late ’80’s and ’90’s, Birch was among the first to acknowledge the reality that some preschoolers were HIV infected — whether we knew who they were or not — and to confront the situation head on. There was no panic, instead, we instituted education for staff and families, common sense infection control protocols, and family support procedures. There were never nightmare episodes where a child was shifted out of a classroom because staff or families were uncomfortable or where one saw staff wearing gloves all the time. However, this doesn’t mean that everyone was happy and there weren’t difficult situations. We encouraged open communication and made sure all our kids and families were treated respectfully. This approach saw us through several of the health scares that New York City later faced: SARS, MERSA, Ebola, and so on. 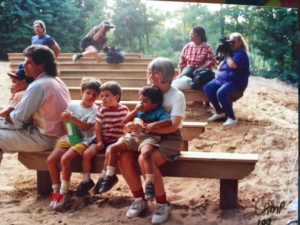 The Birch Family Camp Program for kids and families affected by HIV was pretty exceptional and, to this day, there are many people (volunteers, staff, participants) who stay in touch. Established in 1989, the camp was a model of coordination and united the few staff and the huge number of volunteers towards one goal: Give families and kids much-needed fun and respite in a safe environment, which families got  — an amazing accomplishment, given the camp’s short sessions.

The Henry Marquit Children’s Center, mentioned above, was a model for integrated, on-site health, medical, educational and residential care based on hiring the “right” staff, strong staff development and supervision, and great oversight and support from all parts of Birch.

In later years, Birch’s Children’s Residential Program, our combined residential and school program for school-age kids coming out of, or at risk for out-of-state placement due to their behavioral challenges, showed that it was possible to coordinate residential, educational, and family support services to provide consistent support for children with the most challenging needs. And it continues to work.

Additionally, staff training and ongoing supervision was, and I’m sure still is, integral to Birch’s organizational culture. It became so key and so outstanding that our staff development blossomed into workshops and on-site training for other agencies. The Birch Training Institute was established in 2001 to  provide educational  and behavioral training, as well as consultative support to professionals in the greater New York City area, in order to address the unique learning social, emotional, and behavioral needs of children and adults with autism and other developmental disabilities.

Finally, I could go on and on about our programs, but I feel like I am neglecting the day-to-day operations of the agency: the hard work that staff in the Administrative Office and out at sites put in every day to make the programs work, even when we were short staffed even more than usual, or the building was falling apart, or funding was unavailable or government requirements (or sometimes procedures from our own AO!), became ridiculously bureaucratic and onerous. The persistence and dedication of the staff in the face of all of this cannot be emphasized enough.